Maryland phlebotomy training programs, job opportunities and salaries for phlebotomists in the state

Maryland phlebotomy training programs, job opportunities and salaries for phlebotomists in the state

It is ranked nineteenth in the U.S. according to its population, making it a state with a lot of diversity and a number of employment opportunities for those interested in the healthcare industry.

Phlebotomists are no exception, as the state has hundreds of blood banks, nursing homes, hospitals, clinics, and medical groups. Once you complete a phlebotomy program, you will be prepared to apply for employment at one of these facilities. 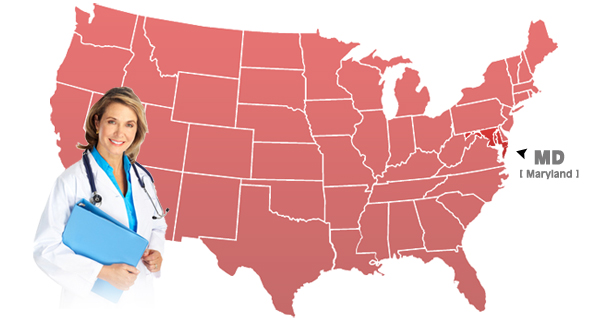 Baltimore is the largest city in Maryland, and it has a population of approximately 621,000 people. Surprisingly, the second-largest city in the state does not even have 100,000 residents. Columbia has 99,615 residents and Germantown has 86,395 residents. Rounding out the top five largest cities in the state are Silver Spring and Waldorf, which both have around 70,000 people. You may be surprised to learn that phlebotomists in Baltimore earn approximately $31,000 per year and phlebotomists in Silver Spring earn nearly $33,000 per year. Salary varies based on a number of factors, but in this case, the difference could be because it is harder to attract trained phlebotomists to Silver Spring than it is to attract them to a bustling city like Baltimore.

The state is home to Johns Hopkins Hospital, which has a world-renowned reputation for excellence. This hospital is also known for its excellence in treating cancer, psychiatric conditions, orthopedic injuries, and ear, nose, and throat disorders.

Some of the other excellent hospitals in the state include:

If you prefer to work at a nursing home, there are a number of options:

Those have been ranked among the best in the state. Anne Arunedel Medical Center Blood Bank, Frederick Biologicals, Blood Bank-Delmarva, and the American Red Cross are just a few of the potential employers available for those who have completed a training program and have the necessary certification.

No Comments
Warning: mkdir(): Permission denied in /home/customer/www/phlebotomytraininggroup.com/public_html/wp-content/plugins/esnplugin/esnphp/esnphp.php on line 184

No Comments
Warning: mkdir(): Permission denied in /home/customer/www/phlebotomytraininggroup.com/public_html/wp-content/plugins/esnplugin/esnphp/esnphp.php on line 184