Phlebotomy is an extremely old practice that has been traced back to ancient Roman and Greek cultures, as well as the Egyptian civilization. During ancient times, removing blood from the body was not a science, but used as a way to rid the body of illness or “evil spirits”.

Draining blood was considered a way to successfully cure the body of what was ailing it and was generally performed using a lancet. 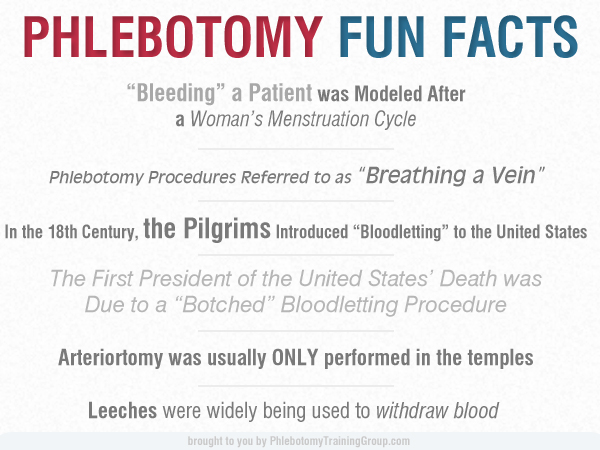 Hippocrates alleged that menstruation “purged women of their bad temperaments / moods”. Galen, who was a Greek physician during the Roman Empire, subscribed to Hippocrates’ teachings and began advocating physician-initiated bloodletting.

The blood could be venous or arterial, close to or distant from the part of the patient’s body being affected. Galen linked organs with blood vessels. He determined these links according to the organs “supposed” drainage path.

The severity of the disease also helped determine the amount of blood to be let. The symptoms of an overabundance of blood included a headache, fever and stroke. A fever necessitated profuse quantities of bloodletting.

Before childbirth, blood was removed in an attempt to prevent inflammation. Prior to the amputation of a limb, it was routine to remove the amount of blood equal to the amount that was thought to circulate in that particular limb.

Phlebotomy Procedures Referred to as “Breathing a Vein”

During the process of “breathing a vein”, blood would be drawn from the larger external veins located in the neck or forearm.

Arteriortomy by Way of the Temple

In this phlebotomy procedure, an artery was punctured, although usually only in the temples.

In this phlebotomy procedure, “superficial” vessels are attacked. Usually with the use of a syringe and a spring-loaded lancet or by way of a glass cup containing heated air that would produce a vacuum within it.

In the 18th Century, the Pilgrims Introduced “Bloodletting” to the United States

Pilgrims drained one to four pints of blood during one of their bloodletting procedures. Basically, the blood was drawn until the patient started feeling faint. 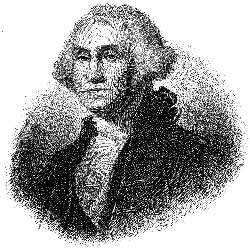 Bloodletting procedures could have fatal consequences, as seen with the death of President George Washington. Reports indicate that nine pints of blood were drained from Washington in an attempt to purge him of a severe throat infection.

Following his death, people began looking at bloodletting as a form of “quackery”.

Phlebotomy today is a science. Unless an individual has an extremely rare disease that requires the therapeutic removal of blood, bloodletting is no longer used.

Leeches were also used to withdraw blood. Again, the blood would be withdrawn until the patient began feeling faint or fainted.

In the earlier part of the nineteenth century, leeches became extremely popular for use in phlebotomy practices. During the 1830s, France actually imported approximately forty million leeches every year to be used medically. Then, in the 1840s, the English began importing millions of leeches from France on a yearly basis.

In 2004, the FDA approved the medicinal use of leeches (and maggots). Since then, the popularity of using leeches in the treatment of wounds has continued to grow. Leeches can also be used in the process of reattaching a body part, such as an ear or finger.

They help bring fresh blood to the area. There are labs dedicated to marketing medical-grade leeches (and maggots). Today, leeches are used to remove infected blood from wounds. This process is elegantly referred to as “biotherapy“.

New Phlebotomy Program by The Windsor Career Insitute in Texas